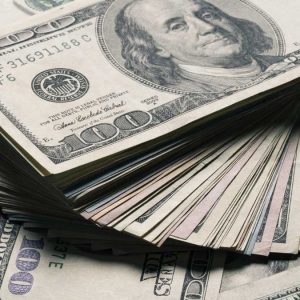 Bail bonds can be intimidating, especially if you’ve never had to deal with them before. How much will they cost? How do the fees work? What happens if the judge raises the price? And will you ever see the money back?

These are questions we hear all the time, and we know a lot of people worry. Here’s how it works.

Bail bonds in a nutshell

Bail bondsmen are there for people who don’t have the cash on hand to post bail. They put the cash up on the person’s behalf and charge a fee for the service. Usually they charge a nonrefundable fee for this.

That fee amount depends on the state. In Oklahoma, there is no maximum bail fee, but most bail bonds companies will ask for about 10 percent of the actual amount. So if you got a $2500 bond for a DUI, you would pay $250 to the bail bondsman in non-refundable fees so the bail bondsman would cover your bail.

Some bail agencies may ask for more, especially depending on your criminal history and other factors that go into risk. If you’re a high flight risk or want to get a little more freedom it could be more money or the bondsman might ask for collateral (property that’s forfeited if you run).

If the bail amount is raised, the original bail no longer applies.

This isn’t common, but it can happen. It usually happens only if more evidence comes to light that makes the judge think the case is bigger than it looked originally. If you were pulled over for a DUI but a week after you made bail there was new evidence given that you were driving away from a robbery, bail would probably go up.

The courts will provide at least a couple of hours advance notice of this to make sure people have time to react, as a bail change can be a big deal for people who are getting a bail bondsman. It makes things harder.

Bail bonds are usually fairly straightforward, and the bondsman has to assess what sort of risk his clients pose. Here at Mr. Bail Bonds we believe in listening to you first and working with you to make sure you can get back on the street. We want to get you free—not get your money. That’s what makes us the right choice for your bail bonds. Contact us today.