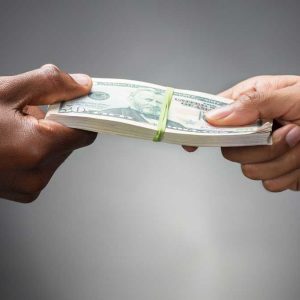 A bail bond will help you get back on the street and avoid spending your time in jail. But will you get your money back?

Usually. But the best answer is that it depends.

Do I get my bail money back?

When you pay a bail bond to the court, you’re basically putting down a sum of money to tell the court that you’ll show up for your court date. If you don’t show up for court you forfeit that money.

That fee—usually around 10 percent of the actual amount of the bond—is like the premium you pay for car, home or life insurance. It’s a service fee used to support the company so they can stay in business. It’s not refunded, because it’s between you and the bail bondsman, not the court.

A bail bondsman is providing insurance to the court that you’ll show up for your court date. When you pay that fee you’re paying them for the service of lending that money and doing the other services that come with hiring a bondsman. Those services are important no matter whether you are found guilty or innocent.

The money you don’t get back

Bonds are only forfeited if the person accused leaves or is arrested. Even if they’re found guilty only a small percentage of that money is taken for court fees. If the person who’s bonded stays on the straight and narrow the bond is safe.

You won’t get back any money you pay to a bondsman. But if it’s worth it to you to get out of jail for that period that 10 percent of the bond is worth it.

Yes, you’ll get your money back from the court, but bail bondsman fees are theirs to keep. If you have any more questions about how bonds work, call Mr. Bail Bonds and we’ll help you out. Let us help you stay free.